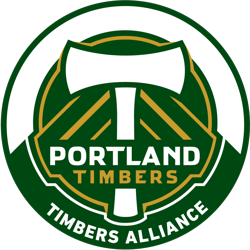 Eastside's Competitive program provides higher levels of training and competition to players of above average ability and commitment. Teams are formed through an open tryout system and players are offered a position on the team if in the opinion of the coaching staff they meet the standards for Eastside's teams. Our Premier Soccer Club consistently produces some of the most accomplished soccer players in Oregon, the region and the nation.

Our players are prepared to be recognized by collegiate and Olympic Development Programs for their high level of skill, quality of play, and understanding of the game as well as their passion for the sport, positive attitude, and sportsmanship. Eastside players are consistently picked for Oregon ODP, Regional ODP, Regional Training Center, and Timbers Alliance teams and boast a history of success at those levels.  Players from our club also go on to have some incredible careers beyond the  club soccer level.  To see some of those players' stories, please visit our Eastside Alumni Page.

Only with top coaches can real player development take place and we pride ourselves on developing each player to the peak of their abilities. Our Competitive coaches are selected from a variety of backgrounds and paid for their services. All are held to high developmental standards and expected to adhere to a strict Code of Conduct. Our full Parent Handbook is available online.

U11 - U14 Junior Academy Competitive Teams

Our U11-U14 Competitive teams are known as our "Fall" or Junior Academy teams. Teams are formed through an open tryout system, tryouts are held in May, after the conclusion of the previous year's State Cup. If you are interested in joining a team outside of the May tryout window, you should email: info@eastsidetimbers.com with the Player's Name, Birthdate, and Previous Playing Experience, as well an a contact phone number.  If the coach in your age group is interested in adding players, they will reach out to you. Please note that upon registering for teams or programs an email will be delivered from services@mail.ezfacility.com. Check your spam or junk folder if it does not appear within minutes.

We field at least at least two teams whenever possible in these age groups. Players are selected for teams based on their ability and willingness to perform at the appropriate level. We believe every player should have the opportunity to succeed at their level of development. Our Competitive coaches are tasked with helping each player grow and develop in the sport. Coaches are selected from a variety of backgrounds and paid for their services. All are held to high developmental standards and expected to adhere to a strict Code of Conduct. Coaches must pass a criminal background check in order to participate with Eastside.

The U11-U14 teams season begins after tryouts in May, and runs 12 months up to tryouts the following May. Fall Teams participate in a number of summer tournaments, Fall and Spring leagues, one end of season tournament (Founder's Cup, President's Cup or State Cup) and train at least two times per week during the season.

The training program for each team is determined by the coaches while following guidelines provided by the club. These Pre-Academy teams focus on development and application of individual skills in a team setting and growing a player's love & understand of the sport.

U15 - U19 Senior Academy Competitive Teams

Teams begin training in November, around the conclusion of the High School soccer season, and league games begin in early January. Teams will compete in their Winter League, end of season tournament, and continue through the summer in a variety of appropriate competitive tournaments. Players are expected to attend all trainings and games as a member of these teams. There is no guaranteed playing time requirements and playing time will be determined by the coach relative to performance and effort.

Our Competitive program provides high levels of training and competition to those players of above average ability and commitment. Our membership in the adidas Portland Timbers Alliance only serves to bolster our excellent program and enhances our access to Timbers coaches, curriculum, and training methods. Our players develop in a competitive environment that raises their level of play, as well as their sportsmanship, knowledge and passion for the sport. Our Competitive Soccer program consistently produces some of the most accomplished soccer players in our state, our region, and the nation. You can view our Eastside Timbers Alumni Page to see where these players have gone on to compete.

Families in need of Financial Assistance must mark YES to the Financial Aid question in the 2nd step of Registration for Team Acceptance.  Please be sure to read through all information provided while completing this part of the registration.  This must be completed and supporting documents turned in as quickly as possible! If you have any questions, please let us know by emailing us HERE!

Before you can return to play, players must complete this waiver form and  submit it to the club.